On Friday 13th February 1998 our MD, Neil Giblin, incorporated Winch Systems. After 20 years of experience it was Neil's decision to launch the business.

We are working on great things at the moment, so look out for our updates for when we announce our big news.

We would like to say a huge 'Thank You' to all of our customers over the years...

So while we were starting to ask what 'text messaging' is and pagers were becoming obsolete. VHS was still big news and the quality of cassettes was improving. CD's took off and portable versions were hugely popular (even though they skipped when you moved!). Doctor Jones by Aqua was embarrassingly number one in the music charts. The Wedding Singer was premiered in cinemas on the same day Winch Systems was born, but Titanic was topping the Box Office. Landline phones were still popular, but unknowingly reaching the end of their era.

What were you doing? 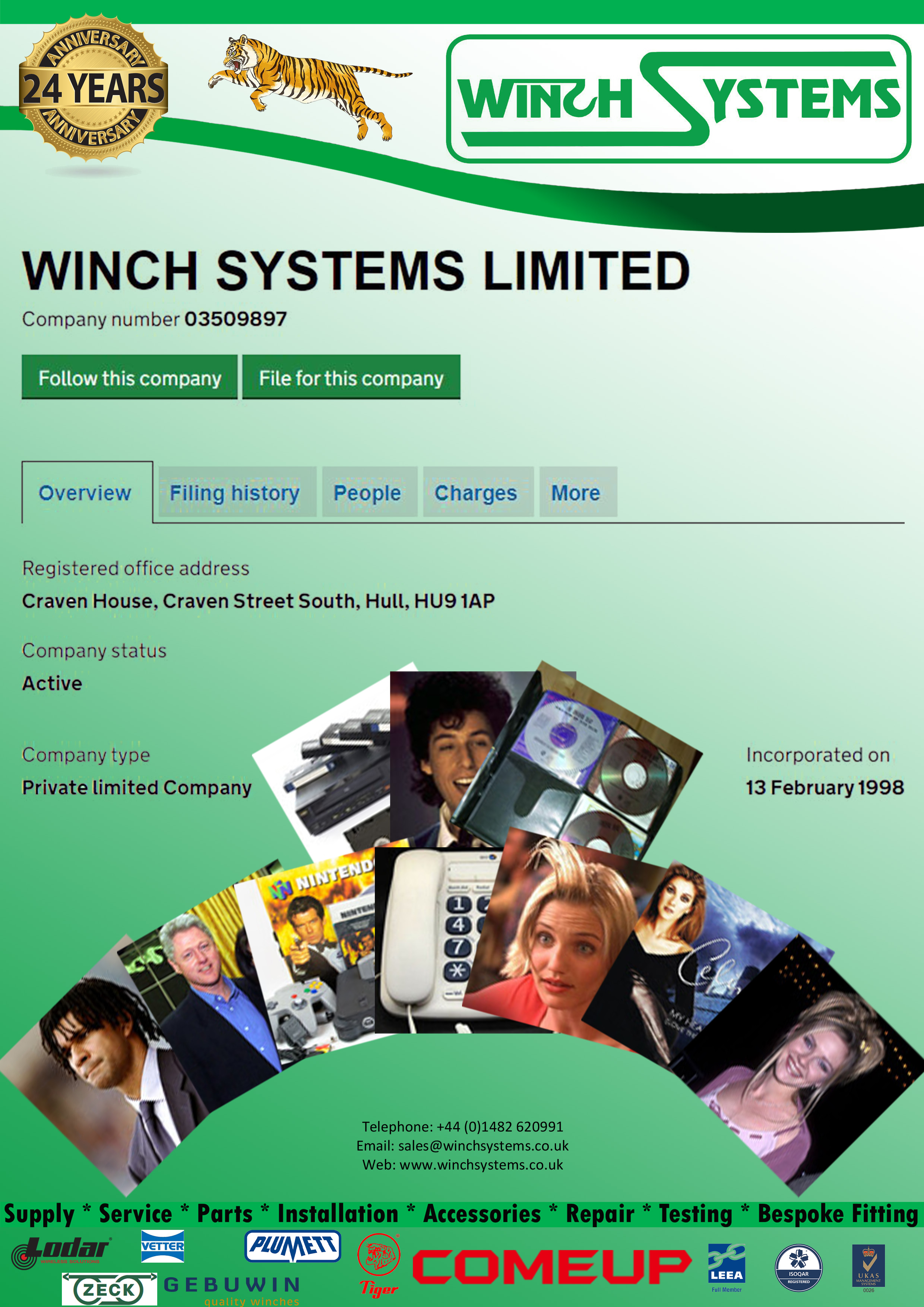